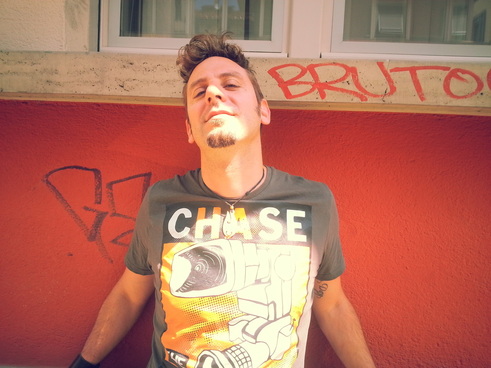 It all started one afternoon in May 2007.  I was reading in the garden of my house when I heard what seemed to be the shooting of a firearm and I was surprised.
The next day, while walking in the woods with my two dogs, I heard those noises again. Curious, I went on a little adventure to find where the shots were coming from. As I ventured more and more into the woods, the shots got closer, and then I discovered that they were coming from a military training camp. I said to myself "They are just the military". Day after day I used to hear them. My life was very peaceful and pleasant with them; in the mornings I opened my windows and I heard them, everything was natural.

In 2007, by a strange coincidence, I found myself sitting at dinner with 35 people, mostly policemen, customs officers or military men. Among them was also a family. The father comes to me and introduces himself, and soon after asks my opinion about firearms, wondering if I possessed one or had ever shot. To my negative answer  (and maybe also a little for my accent in Italian), he asked me if I was Swiss. I told him about my Swiss roots through my grandfather and my arrival in the country, he then expressed his views on guns and the importance of owning one or more, especially in today's society.

After these events, thinking that this family was quite a unique case, I was surprised to read in the site Wikipedia (Spain) that shooting is a Swiss national sport. From then on, I began  my research on firearms in Switzerland, finding interesting statistics. What struck me most was the number of civilian weapons: 3.600.000 approx. (Peter Hug, University of Bern), as well as the number of shots fired during one year 75 millon (Willy Pfund / www.beobachter.ch). Don't forget that Switzerland has only 7.5 million inhabitants.

After making a movie with the family just mentioned above, showing their habits of living with firearms and their philosophy of individual freedom, I wanted to extend the subject. The research, expanded nationally, has allowed me to discover a whole world of which I was unaware.